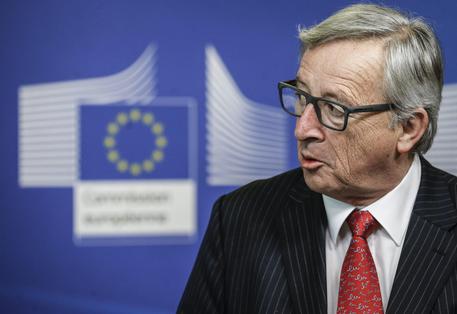 (ANSA) - Brussels, May 11 - European Commission President Jean-Claude Juncker wants a system of quotas for a fairer sharing of the burden of hosting migrants among EU member States, EC spokeswoman Natasha Bertaud said Monday. "Juncker said what he wants to do with the agenda on migration in his (April 29) speech at the European Parliament," Bertaud said. "Reinforcing (border agency) Frontex for search and rescue, hitting the traffickers, introducing a system of quotas for the redistribution of asylum-seekers in the EU and for the resettlement of those from outside the EU who need protection, and the opening of legal channels for qualified migrants". In his speech to the European Parliament, Juncker had blasted the response to the Mediterranean migrant crisis that came out of an extraordinary EU summit the previous week as "insufficient".
Italian Premier Matteo Renzi has lobbied for that summit after a migrant-boat accident in which over 700 people are feared to have died - the latest in a long series of such disasters amid a big increase in the flow of migrants from North Africa to southern Europe.
Italy has been shouldering much of the burden of handling the migrants and the government has repeatedly called on the EU to do more.
At the summit, EU leaders agreed to triple funding for Mediterranean rescue operations, but there was no consensus on fairer sharing of the migrants that arrive.