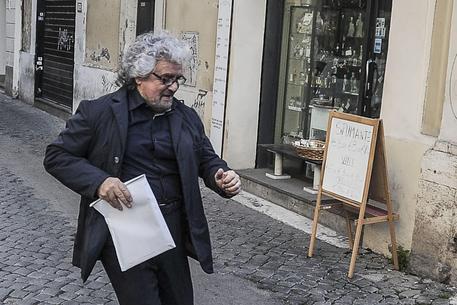 (ANSA) - Rome, May 11 - Controversy continued to swirl Monday around 5-Star Movement (M5S) leader Beppe Grillo's allegations that some cancer specialists push mammograms for profit.
Italian Premier Matteo Renzi joined the debate by urging women to continue to request the breast-cancer screening tool as ordered by doctor while Health Minister Beatrice Lorenzin said women should ignore Grillo's "misinformation".
The debate began Saturday when Grillo suggested there was little difference in mortality rates between women who have mammograms every two years compared with those who do not.
He also suggested those who have biannual mammograms were "poorly informed" and said that cancer specialist Umberto Veronesi, a former health minister, promoted the screenings to make money.
"Veronesi advertises mammograms on TV - probably he has subsidies for his institution," said Grillo.
Grillo later in the day backtracked, saying "I do not think that mammography is not useful or necessary. In fact I think it's very useful".
But no one should think that the test "will prevent cancer", said Grillo.
In his comments on Mother's Day, celebrated Sunday in Italy, Renzi said: "Vote for who you want, but do not listen to those supposed politicians that play at being doctors. "You don't joke around with tumors, do not skip the mammogram," said Renzi.
While guidelines differ, most experts recommend mammograms if not annually, then every two years after either age 40 or 50.