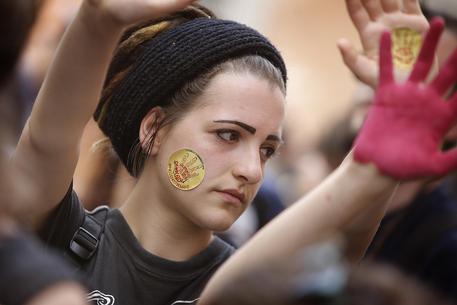 (ANSA) Rome, May 5 - Following are the key points of the government's Good School reform bill, and the principal objections by critics: 1. The government plans to permanently hire 100,701 teachers from the list of supply teachers in a bid to turn the page definitively on precarious employment in the school system.
The 100,701 teachers who could receive permanent jobs in September will include temporary teachers at primary, middle and high schools, and the winners of the last public competition for tenure. Trade unions object that the government proposal is only a half solution since it leaves out as many as 50,000 temporary teachers in technical institutes who have worked for years and who would be sacked. 2. The bill would confer new powers to school principals, who would be responsible for evaluating new teachers and rewarding the best with a monetary bonus. Principals would also be allowed to choose whom the 100,000 newly hired teachers in his or her area, and poach teachers from other schools.
Teachers object that concentrating too much power in one official could be counterproductive, especially if the principal is not up to the managerial task.
3. In addition to public financing, public schools would seek funding from voluntary tax donations by parents and private donations.
This measure has sparked fierce opposition, with critics saying it will widen the gulf between public schools in affluent neighborhoods and those in low-income districts. 4. The bill would foster internships, work-study programs and closer links between schools and the private sector in a bid to put students in touch with the labor market and to help business find qualified staff. Students would alternate between schools and work experience, with 400 hours in firms for technical schools and 200 hours for high school students.
Critics say schools will lose their educational aspect. 5.The bill allocates as many as four billion euros for school construction and renovation in coming years, bringing 36,000 existing school buildings up to code. 6. The bill contains tax deductions of up to 400 euros per student per year for parents who send their kids to private school. This will cost taxpayers an estimated 100 million euros, in addition to 472 million euros earmarked each year for the non-public school system.
Critics say the State should not be paying for private education because it undermines the public school system. Also under the bill, public school teachers would be allocated 500 euros a year to be spent on additional cultural activities for their students. These can be theater tickets, books, software, or whatever else the teacher decides.