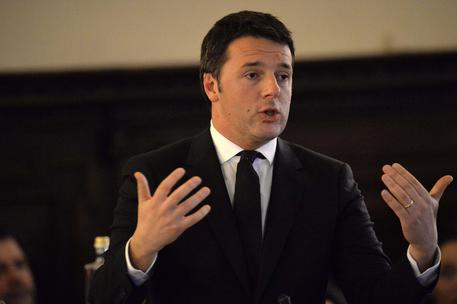 (ANSA) - Rome, May 4 - Europe is returning to Florence forthe fifth edition of The State of the Union, a series of meetings and debates to be held May 6-9 organized by the European University Institute to discuss the present and launch future projects.
Premier Matteo Renzi  returns exactly a year after his first visit as prime minister to give the keynote speech on May , three days after the publication Tuesday of European Commission's Spring Forecast on GDP, inflation, public accounts and employment.

The conference will also address how to make the needs for security coexist with the safeguarding of freedom in Europe - a 'dangerous liaison' on which the European tradition of safeguarding and protecting human rights is increasingly tripping on.
This last theme will be discussed on the afternoon of May 8 with a focus on the Mediterranean crossed by migrant vessels, with Italy on the frontlines of the rescue operations and Europe pushing on the brakes.
Other leading figures, along with Renzi, will be Portuguese Premier Pedro Passos Coelho, the Commission's Deputy President Frans Timmermans, and Mohammed El Baradei, the former director general of the IAEA.
Italian Foreign Minister Paolo Gentiloni will be visiting for the first time while it will be the second time around for EU foreign policy chief Federica Mogherini, who attended last year as Italy's foreign minister. Giorgio Napolitano, who in 2014 attended the debate as president, will engage in a debate with ex-premier Romano Prodi on May 6 on 'Alcide De Gasperi: a vision of Europe then and now' on the opening of the Alcide De Gasperi Research center, in the presence of Maria Romana De Gasperi. And another ex-premier, Giuliano Amato, will present 'a new narrative of Europe' for the XXI century, 65 years after the Schuman declaration with conclusions to be drawn by European Affairs Undersecretary Sandro Gozi.
Hosts will be European University Institute President Joseph Weiler and Dario Nardella, mayor of Florence.
The city will also be hosting the third edition of the Festival of Europe focusing this year on ''Development and cooperation''. Over 120 events - conferences, shows, performances, concerts - have been scheduled in 40 of the city's sites including Palazzo vecchio, Palazzo Medici Riccardi, Murate, Villa Salviati, the Biblioteca delle Oblate and the university campus in Novoli.