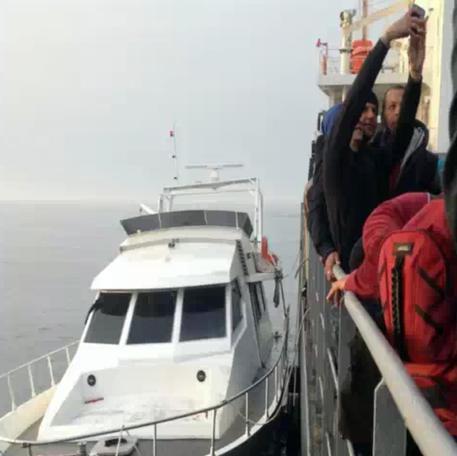 (ANSA) - Ragusa, April 21 - Three Syrian nationals were detained on Tuesday on suspicion of trying to smuggle 99 immigrants into Italy on board an old luxury yacht in an attempt to pass them off as tourists.
Ahmmed Sabaji, 25, Almotassem Billah Harroum, 31, and Moustafa Haj Slima, 29, were allegedly at the helm of the boat that departed from Turkey and ran into trouble in the Sicilian channel. The passengers, including 23 children, were subsequently rescued by a merchant vessel and taken to the Sicilian port of Pozzallo. There they told investigators they had paid 8,500 euros each for the passage to Italy and that they had been given abundant food and water. "The crew were well experienced and said that for them the safety of the passengers was important," the migrants said. "We paid a lot not to die, but we arrived," a migrant added.
They disembarked in Italy as European leaders were debating a new response to the growing influx of migrants arriving in the Mediterranean from north Africa after the weekend's boat tragedy in which as many as 900 people are feared to have died.