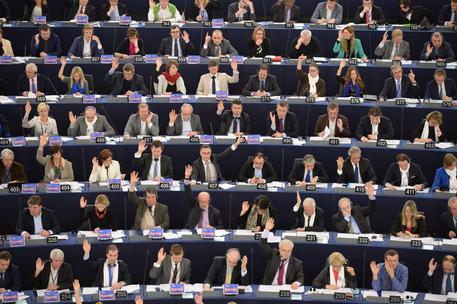 (ANSA) - Brussels, April 15 - The European Parliament on Wednesday unanimously passed a resolution recognising the murder of as many as 1.5 million Armenians in 1915 as genocide.
The resolution also deplored all attempts to deny the genocide, as Turkey does, and praised Pope Francis for describing it as the first genocide of the 20th century in a message to the Armenian Catholic church earlier this week.
Some 22 countries as well as most non-Turkish scholars recognise the slaughter as genocide.
The countries include Argentina, Belgium, Canada, France, Italy, Russia and Uruguay.
Turkey refutes the use of the word and maintains that many of the dead were killed in clashes during World War One, while ethnic Turks also suffered in the conflict.
Turkish officials have slammed the pope for making the "mistake" of referring to the killings as genocide.
Francis made his comments at a Mass on Sunday in the Armenian Catholic rite at Peter's Basilica, attended by the Armenian president and church leaders.
He said that humanity had lived through "three massive and unprecedented tragedies" in the last century.
"The first, which is widely considered 'the first genocide of the 20th Century', struck your own Armenian people," he said, in a form of words used by a declaration by Pope John Paul II in 2001.
Francis also referred to the crimes "perpetrated by Nazism and Stalinism" and said other genocides had followed in Cambodia, Rwanda, Burundi and Bosnia.