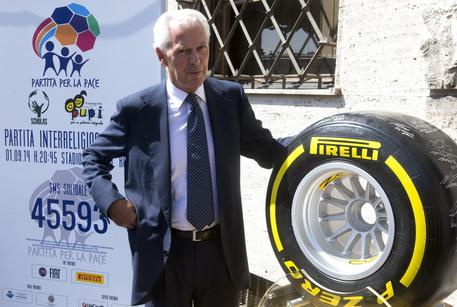 (ANSA) - Milan, March 20 - Shares in Italian tire-maker Pirelli closed above 15 euros Friday, the sale value set by the company's largest shareholder amid reports of an imminent deal.
Investment firm Camfin confirmed it was in talks with an international company to sell its 26.2% stake in Pirelli at a price of 15 euros per share but would not confirm reports that the purchaser is a Chinese firm.
At that price, the deal would give Pirelli a value of more than 7.15 billion euros. Sources say that investor is State-controlled China National Chemical Corporation and a spokesman for the Russian government, which has a stake in Camfin, said that it would be comfortable working with Chinese investors.
"We are delighted to cooperate with China in all formats," said Denis Manturov, of the Russian ministry of industry and trade.
He said that through Camfin, Russia's Rosneft owns about 10% of Pirelli but would not comment on deal rumours.
Investors were driving up the share price on word of the potential deal and by mid-afternoon Friday, shares had gained 5.23% on the day to reach 15.68 euros per share before closing at 15.23 euros.
Chinese companies have been increasingly interested in Italy in recent years, with investments taking a leap around a visit last August by Chinese President Xi Jinping.
The People's Bank of China has taken stakes in Italy's largest listed companies: Generali, Eni, Enel, Prysmian, Telecom and Fiat.
Giant utilities company State Grid Corporation of China has acquired 35% of CDP Reti - the parent company of the energy and gas distribution networks Terna and SNAM - while Shanghai Electric has bought a 35% stake in Ansaldo Energia.
Pirelli has developed a world-famous brand through such high-profile events as being the sole tire supplier for all Formula teams.
And its famous pinup calendar has boasted such models as Italian iconic film star Sophia Loren, Penelope Cruz, Cindy Crawford, and Jennifer Lopez.