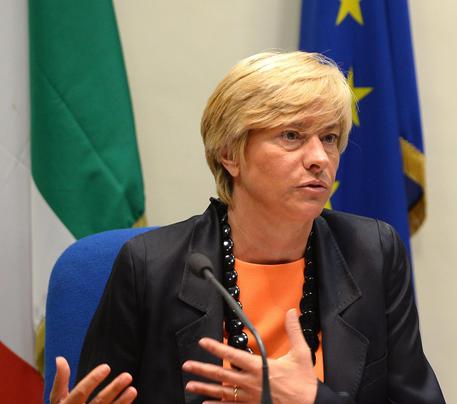 (ANSA) - Rome, March 19 - Defense Minister Roberta Pinotti said Thursday that the heightened terrorist threat, demonstrated by Wednesday's attack on tourists in Tunis, is driving an increase in the Italian military presence in the Mediterranean. She told the foreign and defence committees of the House and Senate that means more ships and aircraft on patrol.
"The armed forces are operating with a high intensity...to protect multiple national interests," said Pinotti.
Monitoring developments in North Africa "must be the first of our concerns".
An operation dubbed "Safe Seas" includes employment of more patrol ships, with maritime security teams, fixed and rotary wing aircraft will be used as well as unmanned reconnaissance and electronic aerial devices designed to help to protect military and commercial vessels and communications lines, she said.
Night-vision equipment will be increased to help military with its patrols, the minister added.
Pinotti said that "even closer collaboration" is planned with Tunisia, where the capital city of Tunis was the site of Wednesday's bloody terrorist attack.
She praised Tunis as "a friendly country severely threatened by instability and the presence of radical forces, but which still manages to maintain balance and constitutes an important partner for us and for stability in the region".