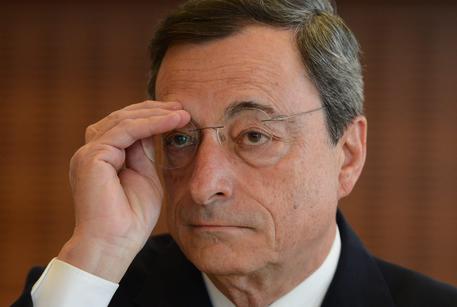 (ANSA) - Rome, March 18 - European Central Bank President Mario Draghi on Wednesday said it was "not fair" to label the ECB as the culprit of austerity in Europe as protesters clashed with police outside the institution. "As an EU institution that has played a central role throughout the crisis, the ECB has become a focal point for those frustrated with the situation," Mr Draghi said.
"Our action has been aimed precisely at cushioning the shocks suffered by the economy" the ECB president explained, describing the criticism against the bank as unwarranted.
Draghi stressed that as the central bank of the whole euro area, the institution would listen very carefully to the demands of its citizens and said he understood why people asked for change.
"There is no country in the world that can prosper insulated from globalisation" added the ECB president.
Thousands of anti-austerity protesters clashed with riot police near the new ECB headquarters on Wednesday. Several cars were set on fire and streets were blocked by burning stacks of tyres and rubbish bins.
Eight police officers were reported injured after stone-throwing.