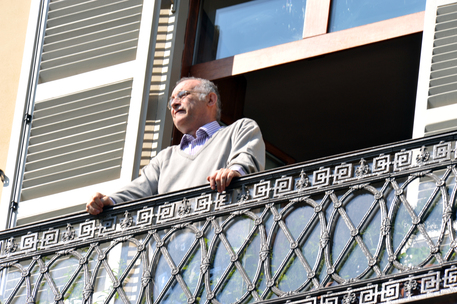 (ANSA) - Turin, March 17 - One of Italy's best-known intellectuals and the former president of the prestigious Grinzane Cavour book prize on Tuesday had a 2013 conviction for embezzlement of public funds cut on appeal from 14 and a half years to eight years and three months in prison.
Many of the charges against Giuliano Soria timed out.
Soria was arrested in 2009 for using around one million euros of funds from the culture ministry and the Piedmont region for private means.
Soria, 64, helped found the Grinzane Cavour prize in 1982.
The prize counts a number of authors among its recipients who went on to win the Nobel Prize for Literature, including Wole Soyinka, José Saramago, Gunter Grass, Orhan Pamuk and Doris Lessing.
Soria was also convicted in the first-instance trial for violence against his former Mauritian valet, one of the charges that were covered by the statute of limitations.