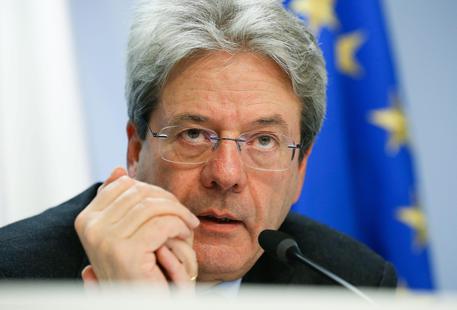 (ANSA) - Brussels, March 16 - Foreign Minister Paolo Gentiloni said Monday that the EU must do "much more to strengthen" Operation Triton, a project of the EU's Frontex border security agency.
He said that "for now" more money has been added and other measures are being discussed.
Critics have said that Operation Triton has too limited a mandate and budget.
Late last year, it replaced Italy's Mare Nostrum search and rescue program.
Meanwhile, Gentiloni said it would be "a mistake" to send a European army into Libya but the EU could instead assist Libya's government with training and support for an electoral process.
Speaking after a meeting of foreign ministers, Gentiloni said an "interventionist military mission" in the unstable North African nation would send a dangerous signal.
While rival parliaments in Libya struggle for control, Islamic State (ISIS) militants are gaining ground. Instead, Europe must offer support in other ways, including aid in assisting the country work out an effective electoral process, monitoring missions if a ceasefire among factions can be reached, and training for security forces.
Libya has struggled to find a stable government since the fall of longtime director Muammar Gaddafi.