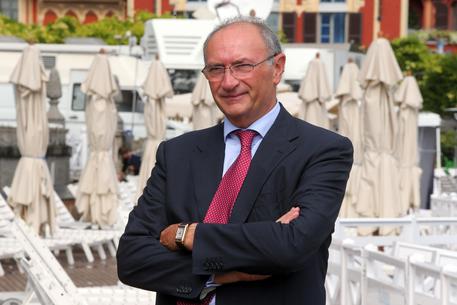 (ANSA) - Cernobbio, March 13 - Federico Ghizzoni, chief executive officer of Unicredit SpA, said Friday that the Italian bank does not need any additional capital increases.
The bank, which has a large international presence, is also following the situation in Russia very closely, he added, speaking outside the Ambrosetti financial conference.
"We do not need capital increases," Ghizzoni said, adding that relevant capital ratios were been boosted and were continuing to rise.
"We will continue the work of strengthening," capital reserves, he added. UniCredit, one of Italy's largest bank, easily passed stress tests in a major review by the European Central Bank late last year, in part because it maintains solid capital reserve bases. Meanwhile, Ghizzoni said the bank was watching the economic situation in Russia "very carefully" because of its investments there.
"Results have been very comforting in the first two months of the year," but concerns remain, he said.
Russia has been hit especially hard by the plunging price of oil on world markets, as the energy sector is a major part of the Russian economy.