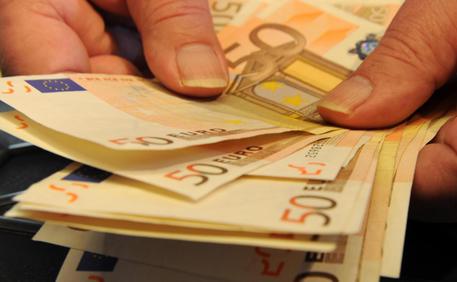 (ANSA) - Rome, March 13 - Italy's public debt increased by 31 billion euros in January, taking it up to 2.1659 trillion euros, the Bank of Italy said on Friday. The level is close to the record high of 2.1677 trillion registered in July 2014.
The rise is due to a 36.3-billion-euro increase in the Treasury's available liquidity, which at the end of January was at 82.6 billion euros, almost double that of the 46.3 billion euros of available liquidity at the end of December 2014.
This increase was offset only in part by the government's 4.6-billion-euro public administration surplus, by the overall effect of issuing securities at a premium, by the euro's depreciation and by the effects of the revaluation of bonds linked to inflation (0.7 billion euros).
Italy's massive public debt, around 132% of GDP, is second only to Greece in the eurozone, and is kept under close watch by the European Commission (EC), whose mandated debt-to-GDP target is 60%.
Despite giving provisional approval to the Italian government's 2015 budget law in November, the EC has kept Italy in the category of countries requiring "special surveillance" of budget matters, Pierre Moscovici, European commissioner for economic affairs, said in February.