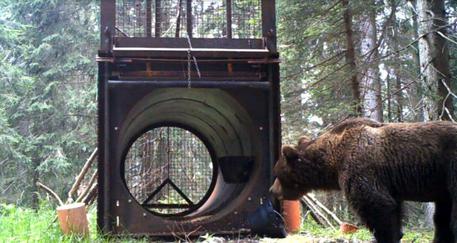 (ANSA) - Trento, March 12 - The bear population in Italy's northern Trentino region stabilized in 2014 after years of low levels that at times, led to fears of extinction, according to a report Thursday.
Wildlife officers said they counted 41 animals, including 22 male bears, 17 females, and two where their gender could not be determined.
Further, almost half the bears were adults while 10 males and four females were classified as youths and several smaller cubs were identified.
The wildlife officers have been tracking the bruins for 40 years to assess the levels of the animals, which provides a signal of the overall health of the area's flora and fauna.
In their eighth status report on wildlife in the region, officers said that wolf populations have begun to recover from a low in 2010 while lynx population is also increasing. According to the report, traditional survey techniques were used to follow the animals while genetic monitoring is also be used through collection of "organic material".