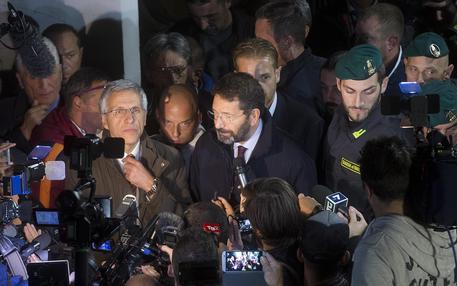 (ANSA) - Rome, March 6 - Rome Mayor Ignazio Marino said Friday his administration's 2015 budget contains millions for street lighting and security cameras in the city's crime-ridden outlying neighborhoods.
"We allocated 47 million euros to replace 190,000 street lights," the center-left mayor said.
"We're in talks with the interior and economy ministries to locate another 28 million to install 190,000 security cameras along with the lighting," he added.
As well, the mayor said city government has secured 68 million euros from the environmental ministry to shore up flood and landslide-prone areas of Rome.
Marino has promised to intervene in the capital's troubled outlying neighborhoods after a spate of racist violence in the Tor Sapienza district last November.
The mayor met with local resident from the predominantly blue-collar and immigrant neighborhood where gangs of masked residents violently attacked a center housing underage refugees, forcing the city to transfer them.
The incident brought to light long-held grievances in the run-down neighborhood inhabited by a medley of Italians, Albanians, Romanians, and Roma people, and which residents said is plagued with lack of services, poor street lighting, and a spiking crime rate including several attacks on women.