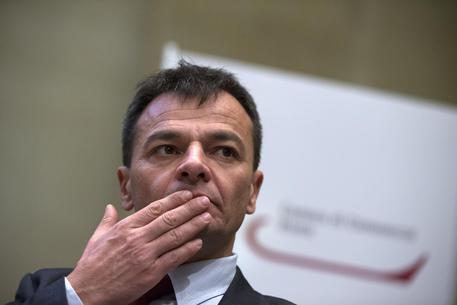 (ANSA) - Rome, March 5 - The government and a minority group within Premier Matteo Renzi's Democratic Party (PD) remained at odds Tuesday over amendments to a decree reforming Italy's largest cooperative banks.
Ex-finance minister Stefano Fassina of the PD described as "useless" the government's apparent readiness to consider giving voting rights to shareholders with at least 5% of capital as demanded by critics of the January legislation giving the country's 10 biggest credit cooperatives, with assets above 8 billion euros, 18 months to convert to corporations with new rules.
Under current rules every shareholder in credit cooperatives - known as 'popolari' - is allowed to have one vote, regardless of the size of their investment.
Fassina and other opponents of the legislation are calling for the new provisions to be made applicable only to cooperative lenders with assets above 30 billion euros, among other things. "We will not withdraw our amendments because a reform to cover the holes and chasms of poorly managed banks that uses what little good capital is left is unthinkable," the PD's Francesco Boccia, president of the House Budget Commission, said.