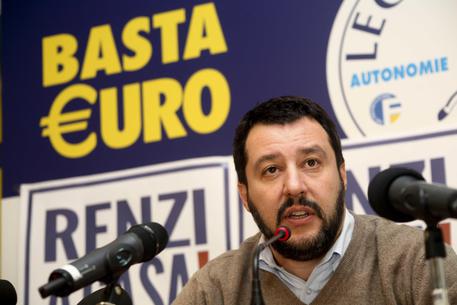 (ANSA) - Milan, March 3 - Northern League leader Matteo Salvini said Tuesday that Brussels is "much worse than Mussolini," referring to Italy's former fascist leader.
Salvini, who has been campaigning hard against the power of the European Commission and related authorities, told regional broadcaster Radio Padania that financial markets are also too powerful.
He said that too much attention is paid to the spread between interest rates in Italy and in Germany, the latter usually judged by investors to be a more secure investment.
Meanwhile, Northern League Governor Roberto Maroni said that he hoped an alliance with ex-premier Silvio Berlusconi's Forza Italia (FI) might yet be possible.
Both parties are on the right wing of the political spectrum, and pundits say the right is being torn apart by divisions between rival factions.
In an interview with RAI Radio Two, Maroni said that the Northern League's federal council on Monday "did not close the door" to regional cooperation with the FI, in part to smooth divisions on the political right.