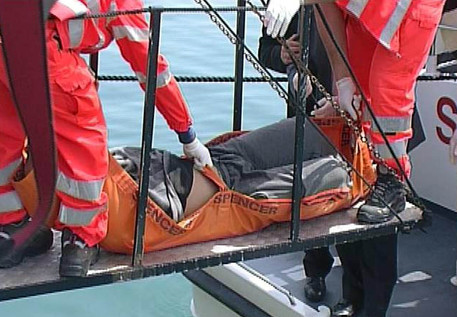 (ANSA) - Rome, March 3 - The number of migrants arriving on Italian coasts by boat in first two months of this year was 43% greater than arrivals during the same time last year, interior ministry figures showed Tuesday.
With the arrival of 7,882 people sailing on flimsy boats and rafts - and hundreds of others drowning en route - officials say Italy is already on track to set another record in terms of migrant landings.
Most have been coming from Libya, where civil war has reduced security and border controls and cleared the way for human traffickers preying on refugees fleeing war in other parts of Africa and the Middle East.
The crossing is dangerous and last month, some 300 migrants died in one group that was fleeing for Europe with southern Italy the first point of landing.
The ministry said that some 67,128 immigrants are at present staying in Italian migrant reception facilities.
Most are in Sicily, with almost 14,000 people, while Lazio had 13% of the total, and Lombardy and Puglia have 9% each.