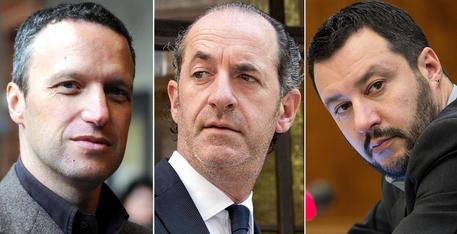 (ANSA) - Milan, March 2 - The Northern League federal council unanimously chose Veneto Governor Luca Zaia as its candidate for the same post in the next regional election, sources said Monday as the meeting continued.
There are reportedly large rifts within the right-wing party over regional leadership, particularly between Zaia and Verona Mayor Flavio Tosi.
He has complained that Zaia and League leadership were attempting to undermine the autonomy of the Liga Veneta, which wants to obtain autonomy for the Veneto region.
Zaia had called the prospect of Tosi standing as an independent candidate "a hypothesis that Venetians would find...beyond their worst expectations".
"I think that (Tosi) knows very well he can't run against his own party's candidate".
Northern League leader Matteo Salvini had also lashed out at Tosi, calling his dissident remarks "madness".