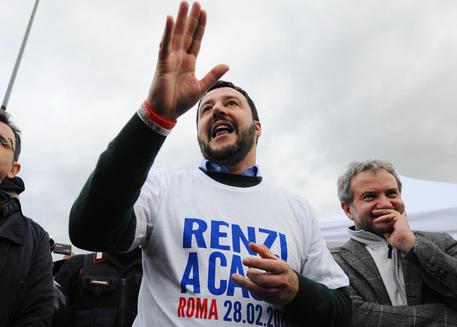 (ANSA) - Florence, February 26 - Northern League leader Matteo Salvini ruled out Thursday an electoral accord with former premier Silvio Berlusconi because of differences on staying in the euro and on European allies.
"In Brusssels, we sit on different benches," Salvini explained.
"(Berlusconi) defends the euro, which we consider a mistaken currency. He is with (German Chancellor Angela) Merkel and we are with (Front National leader Marine) Le Pen," said Salvini.
"We have a completely different vision of Italy and Europe," said the leader of the regionalist, anti-immigrant and anti-euro party.
The Northern League is an erstwhile government ally of Silvio Berlusconi's now-defunct People of Freedom (PdL) party.