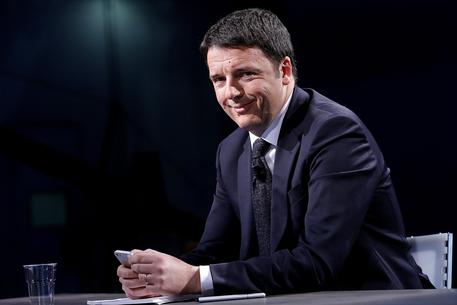 (by Stefania Fumo).
(ANSA) - Rome, February 26 - Premier Matteo Renzi said Thursday that he won't change the rules set last year for ownership of RaiWay, which controls the transmission towers and antennas for public broadcaster RAI. "You have to consider (financial) market operations, not politics," said Renzi. A company owned by ex-premier Silvio Berlusconi's Mediaset, Ei Towers, has bid for a two-thirds control of RaiWay. However, when it was placed on financial markets last year, government rules said RAI must keep 51% ownership. "The government has put certain rules in place and it does not intend to modify them," the center-left premier said. Mediaset had said Wednesday that its broadcasting network operator Ei Towers has made a cash and stock offer on RaiWay, valuing the target company at 4.50 euros a share or 1.22 billion euros.
Also on Thursday, Renzi won what is the 35th confidence vote since he took office last year when the Senate approved the government's so-called 'milleproroghe' decree, making it into law. The motion passed in the 315-member Senate with 156 in favor, 78 against and one abstaining. The 'milleproroghe' traditionally follows the annual budget and contains a number of measures that need to be passed before the end of the year.
This year, the decree contains changes to the VAT tax and government financing for recession-hit small businesses, extends a grace period for people being evicted from their homes, and extends budget flexibility for regions hit by natural disasters, among other measures.
The opposition, regionalist Northern League and the anti-establishment 5-Star Movement (M5S) earlier said they would not participate in Thursday's vote. "This decree more than any other, illustrates how the government mismanages public wealth," League Senator Paolo Tosato said. "The government should remember that it is called the executive and that it should follow our (parliament's) will," said M5S Senator Andrea Cioffi. The government has reduced Senators to button-pushing "ectoplasms", Cioffi said.