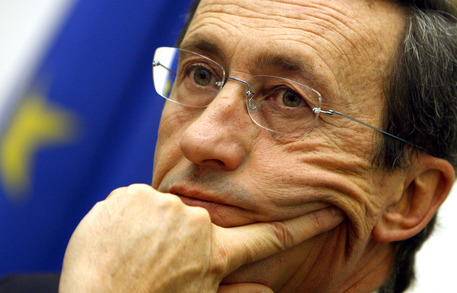 (ANSA) - Rome, February 24 - Former conservative parliament speaker Gianfranco Fini said Tuesday he is willing to work against his erstwhile allies inspired by French rightist Marine Le Pen.
"At the moment in Italy there are two political forces that call themselves right-wing," Fini told La Repubblica newspaper.
"There is the (Northern) League ... that I would define as a minority right by vocation nourished by two spectres, two fears -- immigration and the European Union," he said.
"And then there is Forza Italia," the party founded by ex-premier Silvio Berlusconi, he added. Fini denounced the FI as "the great Forza Silvio club, bowed to the interests and daily moods of Berlusconi".