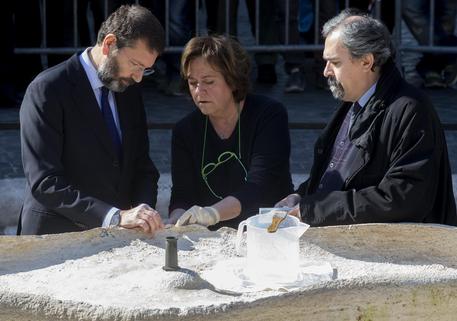 (ANSA) - Rome, February 20 - Rome Mayor Ignazio Marino said Friday that the Netherlands has refused to pay for devastation caused by fans of Dutch club Feyenoord in which one of the city's most famous fountains, Bernini's Barcaccia, was damaged. "I have spoken to the Dutch ambassador and I asked him - do you intend to pay for the damages?" Marino said. "He said that he did not think that the Dutch government could pay for the new restoration of the Barcaccia.
"Faced with this clear, legitimate refusal by the Dutch government, many Italian companies, institutions and banks called me yesterday evening saying they were ready to pay for the costs of the restoration".