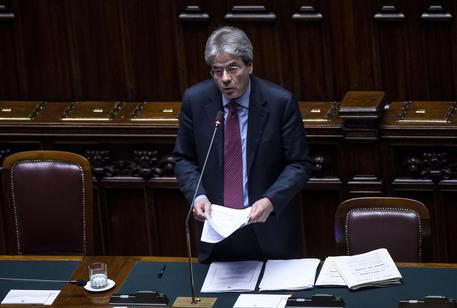 (ANSA) - Paris, February 20 - Italian Foreign Minister Paolo Gentiloni said Friday that "there are at the moment no alternatives" to diplomacy under the United Nations aimed at resolving the crisis in Libya and stemming the advance of ISIS militants. Tripoli meanwhile once again refused to resume UN-mediated negotiations with its rival government in Tobruk.

During meetings of the so-called Mediterranean group in Paris, he said if diplomacy fails, that would mean a "different hypothesis". Meetings next week will focus on political and economic support as well as capacity building, he said. Monitoring will also be needed, he added.

The 'Mediterranean Group' meeting served to come up with a shared position on the Libyan crisis, he said.
"At the moment we are fully backing the UN's mediation attempts, which aim to reach an agreement next week between the various parties involved for a reconciliation government," the minister said after meeting with his French, Portuguese, Spanish, Greek and Cypriot counterparts.
Gentiloni said that "we must not describe Libya as if it were entirely in the hands of terrorism and the Islamic State (ISIS). This is not the reality. Of course the situation is getting worse, and this is why time is of the essence."
Terrorism rooted in Islamic extremism, he said, "is not a threat only to one or two countries. It is a threat to all Europe."
He added that in addition to the urgency of it, "there is a problem that affects all Europe: the lack of stable institutions in Libya, which leads to an increase in irregular migratory flows. These, of course, land on the Italian coasts but then affect all 28 EU nations. This is why the EU must increase its commitment."

Omar Al-Hassi, the prime minister of the government not recognized at the international level and based in the Libyan

capital, has insisted that dialogue be suspended ''unless the UN bring the Egyptian regime before justice'' for its airstrikes on
''civilians in Derna'', say Libyan media.  Hassi said that the beheading of 21 Egyptian Copts in Libya
has been at the hands of ''loyalists'' of the now-dead Colonel Muammar Gaddafi and attributed to the Islamic State (ISIS) with
a fraudulent video to damage the Tripoli government's image and justify an Egyptian invasion.
Media reports had said that talks were to have taken place on Sunday in Morocco, though no official confirmation had been
given. Tripoli had previously insisted that talks be moved from Geneva to Libya.

The death toll of three car bombs Friday in the eastern Libyan city of Al-Qubah has risen to
47 dead and 80 injured, say sources at the city's Al-Bayda hospital.
The death toll may rise, as 26 of those injured are in
critical condition.  The Islamic State (ISIS) have claimed responsibility for the
attacks, say Libyan sources that quoted a statement released by
the jihadist group.
The new was also given by Al-Jazeera on television.