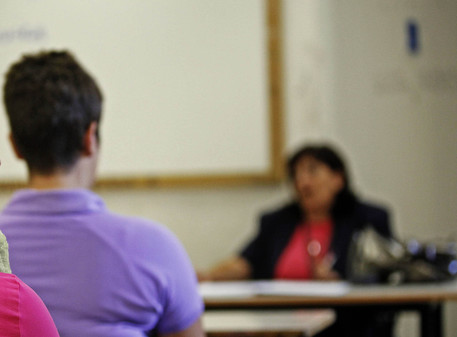 (ANSA) - Udine, February 20 - The headmaster of a high school in the north-eastern Italian town of Cervignano del Friuli has revoked a ban on the Islamic veil for students on the advice of the Friuli region's personal-rights watchdog.
Aldo Duri', principal of the Malignani school near Udine, on February 11 issued a document forbidding female Muslim students from wearing the veil in school in order to "avoid racism and provocation".
Duri' wrote that "since jihadists from ISIS have unleashed, with the brutality of their attacks, a 'total war' against the West, Shiites, all kinds of 'infidels', including moderate Sunnis, pursuing the crazy idea to restore an Islamic caliphate, anti-Muslim and anti-Arab sentiments have spread among our students".
The principal noted that the school includes a numerous Arab community.
Recalling a recent attack by an Italian student against an Egyptian classmate, Duri' stressed that "religious wars don't exist and must not exist in schools".
Duri' noted that Italian schools are secular and "indifferent to the religion of students and their families" and that the "ostentation and exhibition, especially if imposed, of exterior signs of a religious confession can be taken as provocation and spark reactions of ostracism, disparagement or rejection".
Duri' also told ANSA that schools should not be a place to demonstrate ideologies, as well as political and religious ideas.
"The Islamic veil is only an example", he said.
While stressing that he wants to persuade students to stop wearing the veil in class through dialogue "without dramatization", the principal also called for legislation "banning all religious symbols from schools", including those of Italy's Catholic majority, as most classrooms in public schools have a crucifix on the wall.