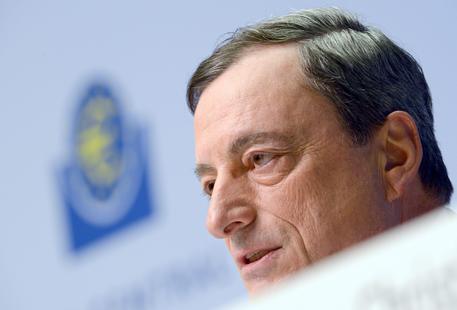 (ANSA) - Rome, February 19 - The purchase of government bonds through a program of quantitative easing (QE) was "the only tool left to deliver sufficient monetary stimulus," for the struggling eurozone economy, according to minutes released Thursday of the European Central Bank meeting where the program was approved.
Existing ECB programs were "insufficient in quantity" said the January 22 minutes.
The QE program unveiled by the ECB begins next month and will be worth about 1.1 trillion euros, the bank estimates.
The minutes show that the ECB's governing council agreed that "purchases of sovereign debt appeared to be the only remaining instrument of sufficient scope to provide the necessary monetary stimulus to deliver on the ECB's price stability objective".
This marks the first time the ECB has publicly released such a summary of governing council's discussion, according to Bloomberg news.
Bank of Italy officials have said that Italy's economic growth in the coming months should be "significantly higher than its latest forecast," thanks to the QE policy.
The Italian central bank had previously forecast GDP growth of 0.4% this year and 1.2% in 2016.