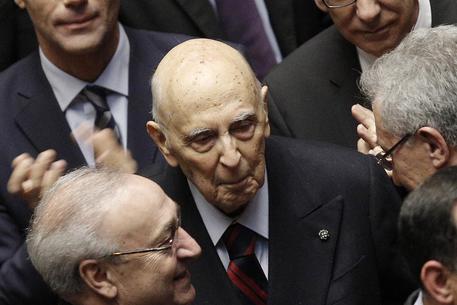 (ANSA) - Rome, February 18 - Former President Giorgio Napolitano said Wednesday that Italy's involvement in the 2011 international intervention in Libya, which contributed to the end of Muammar Gaddafi's regime, was backed by broad support in parliament. He added that Italy cannot "step back" from its international responsibilities when faced with the current crisis in Libya. "The (2011) action was decided in common, it was a common assumption of responsibility," Napolitano, who quit last month after nine years as head of State, said in the Senate. "But I'd like to recall that there was very wide parliamentary support for the March 18 resolution of the House and Senate assemblies," added the Life Senator. "We cannot step back, we cannot dodge or evade. Italy must do its bit, like we did not step back in 2011".