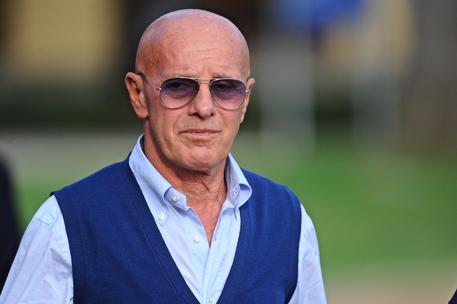 (ANSA) - Rome, February 17 - Former Azzurri and AC Milan coach Arrigo Sacchi is at the centre of a new racism storm for Italian soccer after suggesting there were too many foreign black players in professional clubs' youth teams here. "I'm certainly not racist, as my past as a coach shows, starting with (ex-Milan and Netherlands midfielder Frank) Rijkaard, but after seeing the Viareggio Cup (for youth teams), I say that there are too many players of colour, too many foreigners, even in the academy sides," Sacchi said.
"Italy has no dignity, it has no pride. It's not possible to see squads with 15 foreign players". Italian soccer has been dogged by repeated episodes of racism on the terraces in recent years and Carlo Tavecchio was controversially elected as president of the Italian Soccer Federation (FIGC) last year despite making comments about there being too many "banana-eating" non-EU players in Italy.
Sacchi's comments were widely reported outside Italy, triggering alarm and condemnation. "There are too many racists in Italian football," posted former England forward Gary Lineker, now a BBC presenter, on his Twitter account, @GaryLineker.