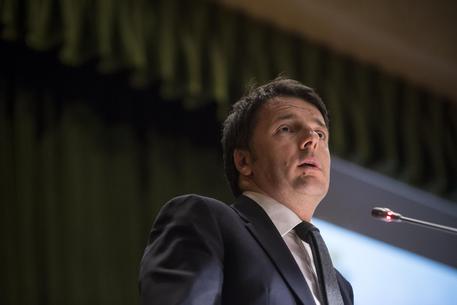 (ANSA) - Rome, February 16 - Premier Matteo Renzi on Monday ruled out the prospect of Italy taking part in a military intervention in Libya for the time being, amid concerns about the advances made by Islamist extremists in the North African country. "It's not the time for a military intervention," Renzi told Mediaset television. The premier stressed, however, that he was happy that most other political parties had not spoken out when Foreign Minister Paolo Gentiloni mooted the possibility of Italy being involved in a UN-mandated intervention in Libya.
"We've been saying at every level that Libya is out of control for three years and we'll keep doing so," Renzi added.
"The international community has all the necessary instruments to intervene if it wants to. Our proposal is to wait for the UN Security Council. "The strength of the UN is decidedly superior to that of the radical militias".
The leader of the centre-left Democratic Party (PD) also appealed for calm.
"Wisdom, prudence and a sense of the situation is needed with regards to Libya," Renzi said.
"The question is problematic and we're following it with great concern and attention.
"But you cannot go from total indifference to hysteria".