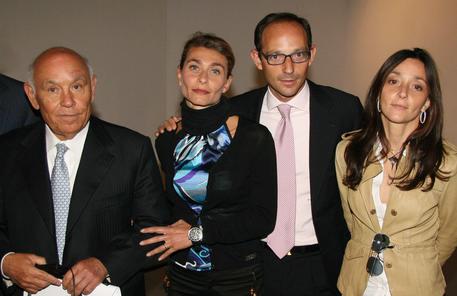 (ANSA) - Turin, February 16 - The Ligresti family moved some 16.7 million euros to Switzerland in stocks and cash during probes into their insurer Fonsai, according to tax police who alerted the economy ministry and the Bank of Italy to a Milan unit. The firm should have communicated the transfers, police said. In July the entire Ligresti family was arrested in a graft probe and in November family patriarch, veteran financier and insurance magnate Salvatore Ligresti went on trial for alleged corruption along with former insurance watchdog Giancarlo Giannini.
Former Fonsai insurance giant boss Ligresti, 82, is charged with trying to get Giannini named antitrust watchdog, a higher job, in exchange for lax controls by insurance authority ISVAP (now IVASS) on his business empire.
The case "shows the extent of the two men's attempted corrupt power swap," prosecutors said at the time.
Insurance magnate Ligresti allegedly contacted ex-premier Silvio Berlusconi, while he was in office, as part of an attempted arrangement to ease ISVAP oversight.
The appointment to the antitrust authority was to take place at the end of Giannini's mandate as ISVAP chief, prosecutors say.
Prosecutor Luigi Orsi claimed that Giannini, in exchange, saw to it that the insurance regulator was "inefficient and slow" in its oversight of Fonsai.
Giannini and Ligresti are both accused of corruption in the probe into alleged accounting fraud and market manipulation at the troubled Italian insurance group.
No information indicating legal trouble for Berlusconi has been revealed in the case.
Four other suspects, including Fonsai manager Emanuele Erbetta and Ligresti's s daughters, Jonella and Giulia, have been implicated.
The group are accused of involvement in accounting irregularities that enabled Ligresti, according to the indictment, to acquire illegal dividends of 200 million euros.
The Ligresti family are the former majority owners of the Fonsai and Milano Assicurazioni insurance companies.
Salvatore Ligresti has long been one of Italy's most influential businessmen with stakes in a slew of leading banks and companies.