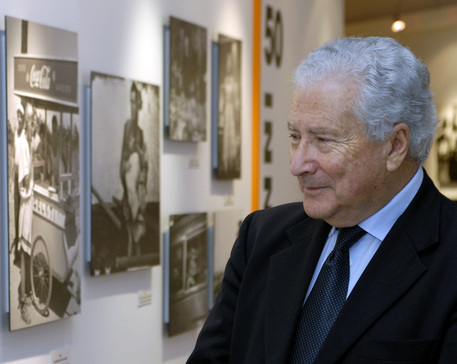 (ANSA) - Rome, February 16 - Jews should not be "forced by fear" to emigrate, the president of the Union of Italian Jewish Communities, Renzo Gattegna, said Monday in the wake of a new call by Israeli Premier Benjamin Netanyahu on European Jews to move to Israel following two deadly attacks in Copenhagen.
"Staying or leaving should be a free choice" for Jews, a right "as for all other citizens", Gattegna told State television Rainews24.
Italian Jews have lived in the country "for 2,200 years" and intend to remain a part of Italy, he also said.
A Danish jihadi on Sunday murdered two people in separate attacks in Copenhagen.
The victims are film director Finn Norgaard, who was attending a free-speech debate, and Dan Uzan, 37, a long-time member of the local Jewish community who was shot dead while on security duty outside the synagogue as some 80 people inside were celebrating a girl's bat mitzvah, a coming-of-age religious ceremony.
Danish investigators believe the suspected gunman - identified as Omar El-Hussein, 22, who was shot dead by police - could have been inspired by attacks in Paris last month on the Charlie Hebdo magazine, a Jewish kosher supermarket and a policewoman that claimed 17 lives. On Sunday, Israeli Premier Benjamin Netanyahu called on European Jews to move to Israel.
"Israel is your home", he said in a statement.
"We are preparing and calling for the absorption of mass immigration from Europe", the premier added, repeating a call he made following the Paris attacks in January, when four Jews were among the victims.