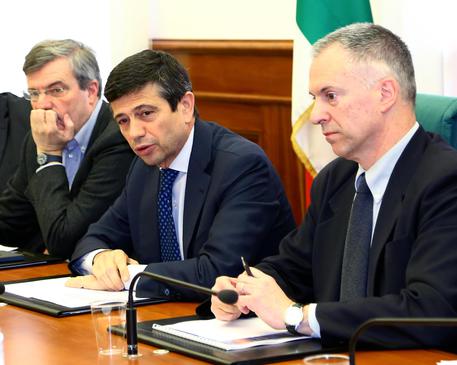 (ANSA) - Rome, February 13 - Transport Minister Maurizio Lupi said Friday that Costa Cruises, based in Genoa, and its parent Carnival group are not cutting Italian jobs but "shifting functions" as part of a global reorganization.
Lupi met with Costa officials who he said reassured him that "(it) still believes that Genoa and Italy are key areas".
Earlier in the day, Costa Cruises workers protested in Genoa, fearing approximately 160 jobs in the Italian city will be lost.
Their unions produced a letter addressed to senior officers of parent company Carnival in Miami to denounce comments attributed to Costa's Chief Executive Officer (CEO) Michael Thamm.
Those came as the company said it would transfer four departments from Genoa to Hamburg.
Thamm said that Costa Cruises was not leaving Italy.
"We are not going to move our business outside of Italy, we want to stay in Italy which is a market with great potential," Thamm said after meeting Lupi and local officials.
"Ours is the only Italian cruise company, the only one with an Italian flag that pays taxes in Italy and must remain so," he added.
"We must keep soul, heart and brain in Italy".
Costa drew worldwide headlines after a deadly crash in January 2012 off the Tuscan island of Giglio led to 32 deaths and a prison term for the captain, who is appealing.
Just this week, Francesco Schettino, captain of the crashed cruise liner, was convicted of multiple counts of manslaughter and sentenced to 16 years in prison.
Under Italian law, he would not begin to serve that sentence until he has exhausted all of his appeals. Meanwhile, Thamm told newspaper secolo XIX that Costa Cruises, known in Italy as Costa Crociere, is part of a multinational company with a worldwide market share of 15%.
"I have the feeling that the city (of Genoa) is not entirely aware of the size of this company," and its plans to keep growing, he said.
That will require deals including a connection with German airline Lufthansa and a "center of excellence" in the northern German port city of Hamburg.
"Costa Cruises is an Italian brand that has lived a bad time in 2012 but that is getting some of the best results of its history," said Thamm.