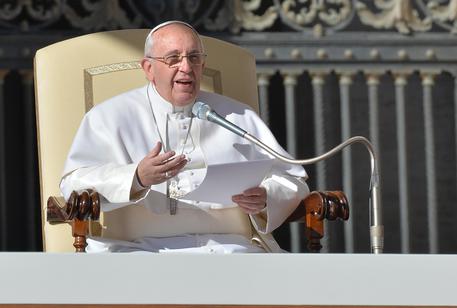 (ANSA) - Vatican City, February 13 - As an extraordinary consistory of cardinals continued two days of meetings Friday at the Vatican, child sexual abuse was on the agenda with an update on a commission appointed by Pope Francis on the protection of minors, according to a Vatican press release.
Cardinal Sean O'Malley, who heads the commission, gave a presentation to the College of Cardinals, said the director of the Holy See Press Office, Fr. Federico Lombardi.
Reports on financial reforms in the Vatican, including at the scandal-plagued Vatican Bank, were also presented as the cardinals continue to work on changes to the Roman Curia.
That is the central body though which the pontiff runs the Catholic Church. It has reportedly been hit by infighting in recent years and in December the Argentine pontiff warned that the quest for power risked infecting clergymen with "spiritual Alzheimer's".
As Francis opened the extraordinary consistory on Thursday, he described its goal as being "always that of promoting greater harmony in the work of the various dicasteries and offices".
He added that "reform is not an end in itself, but a means to give a strong Christian witness; to promote a more effective evangelization; to promote a more fruitful ecumenical spirit; to encourage a more constructive dialogue with all".
Saturday an ordinary consistory will see 20 new cardinals created at the Vatican.
The reform of the Curia is part of the Francis's drive to overhaul Vatican structures after the Church's image was tarnished by scandals regarding child-sex abuse, financial and media leaks during the papacy of his predecessor, Benedict XVI. Last week, Francis said that Catholic Church must rid itself of the "scourge" of child sexual abuse - and he asked for "help" in making sure predator priests were a thing of the past.
Families must know that their children are safe within the Church, the pope said in a letter sent ahead of the first meeting of the Pontifical Commission for the Protection of Minors.
http://popefrancisnewsapp.com/