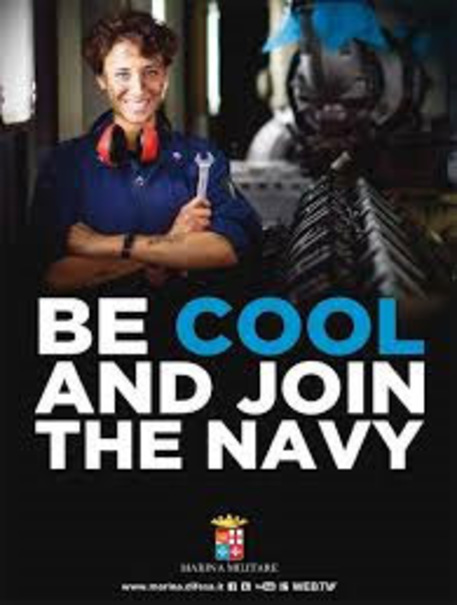 (ANSA) Rome, February 11 - Defence Minister Roberta Pinotti rebutted criticism Wednesday of a military recruiting campaign using the English slogan "Be Cool, Join the Navy," saying it has boosted the numbers joining Italy's senior service.
Pinotti was responding to an attack by right-wing Fratelli d'Italia (FdI, Brothers of Italy) MP Fabio Rampelli who said the minister should be suspended from office for 'wounding patriotism" with the advertisement painted prominently on Rome city buses.
"The campaign is effective and addresses itself to young people who now compare each other on the Web all over the world," she told the lower house.
Rampelli began his speech by saying "dear colleagues" in English, adding that "if I continued like that the Speaker would have stopped me speaking - I ask myself how it came into the mind of the Italian Navy to launch, with our money, a campaign in the English language to recruit young people - this is an unacceptable slogan." Pinotti said that applications to join the Naval academy have increased by 20 %. "The fact that the campaign is discussed also in parliament is evidence of the effectiveness of the message showing the capacity of the armed forces to renew themselves," she said.