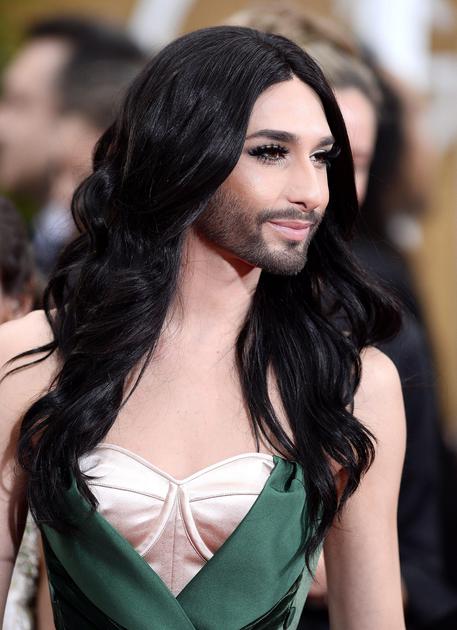 (ANSA) - Sanremo, February 9 - Controversy has been swirling in recent days regarding the scheduled appearance of bearded Austrian drag queen Conchita Wurst at Sanremo, Italy's annual music festival, but festival host Carlo Conti downplayed the controversy on Monday, saying the 2014 Eurovision Song Contest winner was coming "just as an artist, to sing".
The decision to host Wurst at Sanremo, which is broadcast on public TV station RAI1, raised the ire of the Catholic TV viewer advocacy group AIART.
The group's president, Luca Borgomeo, said the decision to host Wurst "shows for the umpteenth time how RAI (...) persists in squandering public money, right at the time the annual public television fee is to be paid, with guests of dubious quality".
Borgomeo said the drag queen would be paid about 120,000 euros for appearing at the festival.
Conti said this is the first year that the Sanremo winner will automatically be given the opportunity to appear at Eurovision, the annual Europe-wide music competition.
"So it seemed right to host the person who won last year.
If we were in 1974, we would have invited Abba," Conti said.