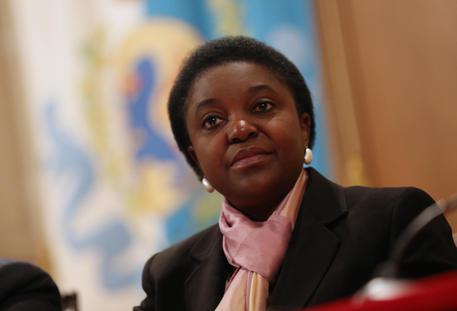 (ANSA) - Rome, February 9 - Ex-integration minister Cecile Kyenge, a European MP with the center-left Democratic Party (PD) party, said on Monday that no party is immune to racism.
"There are different souls within the PD, there are racists in all parties, including mine", she told Radio 24 after the Senate's committee on parliamentary immunity rejected an authorization request to prosecute Northern League Senator Roberto Calderoli for saying in 2013 that Kyenge "looks like an orangutan". Kyenge, a doctor born in the Democratic Republic of Congo, became Italy's first black minister in 2013 in Enrico Letta's cabinet.
"Calderoli did not voice a political criticism, he just said that I look like an orangutan - this has nothing to do with politics, it's just racism", said Kyenge.
Kyenge also described the leader of the anti-immigrant Northern League party, Matteo Salvini, as a "calculating racist, for electoral ends".