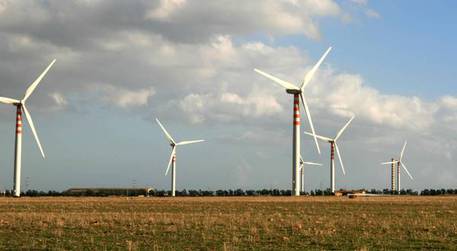 (ANSA) - Milan, February 5 - Sicilian energy entrepreneur Vito Nicastri on Thursday was convicted of filing false tax returns and fraud against the State by a Milan court and sentenced to four years in prison.
Dubbed by Italian media as the "king of alternative energy" over his vast holdings in wind farms and photovoltaic cell companies, Nicastri is suspected by Sicilian investigators to have ties with fugitive Sicilian Mafia boss Matteo Messina Denaro.
He was first placed under investigation by magistrates in Trapani in 2010 over his suspected connections with Messina Denaro.
The Milan court also ordered that 10.8 million euros in assets be confiscated, including 5.6 million directly linked to Nicastri.
The Trapani native was standing trial in Milan over an alleged fraud against the State worth 19 million euros carried out in 2008 through the acquisition of stakes in Windco by Luxembourg-based firm Lunix and the creation of a slush fund, according to the prosecution.
Nicastri, Linux's owner and CEO, did not present annual income tax reforms on his company "which was only formally headquartered in Luxembourg but whose administration was actually stably based in Italy", in Milan, State attorneys said.
The Milan court sentenced three other defendants to jail terms of up to three years and acquitted four others in the case.