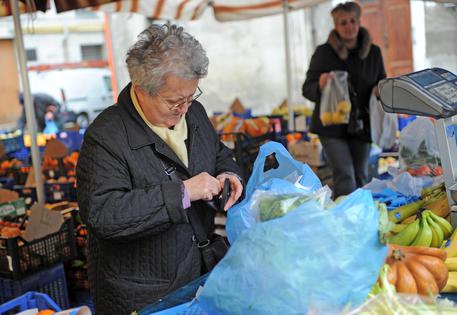 (ANSA) - Rome, February 5 - The economic outlook for Italy brightened a bit on Thursday as the European Commission said growth would average 0.6% this year and increase by more than expected in 2016.
Growth should average 1.3% in 2016, stronger than the 1.1% forecast by the EC in its last economic outlook report issued in November, while the national debt is also on a downward course, it said.
However, 2014 losses are also a bit worse than previously forecast - likely -0.5% rather than the previous estimates of -0.4% for 2014.
The Commission said that lower energy prices, a falling exchange rate, and the European Central Bank's new quantitative easing (QE) program, which will see the ECB buy 60 billion euros in bonds monthly, have both contributed to its stronger forecasts for GDP growth across Europe.
Rising exports will also help to boost Italian growth this year, the Commission said. "Europe's economic outlook is a little brighter today than when we presented our last forecasts," said Pierre Moscovici, the EC commissioner for economic and financial affairs.
"The fall in oil prices and the cheaper euro are providing a welcome shot in the arm for the EU economy," Moscovici said in a statement.
The EC's outlook for Italy is considerably darker than that of employer's group Confindustria, whose research unit said last week said that QE could boost growth by as much as 2.1% this year, rising to 2.5% in 2016.
The Commission said that although the recovery remains rather sluggish, European economies are growing.
The 19-State eurozone will post "moderate" growth of 1.3% this year, up from 1.1% predicted in November, while the 28-member EU will see 1.7% growth.
That will accelerate in 2016 to 1.9% in the eurozone and 2.1% in Europe as a whole, the Commission said.
"For the first time since 2007, GDP in 2015 is showing positive results across the EU," the Commission said in its report.
Still, delays in reforms and financial market volatility remain drags on growth, it added.
In Italy, so many of the country's problems are created by "high debt and low growth" which could be solved through reforms and budgetary prudence, said Moscovici.
He noted that the forecast by the Commission sees Italy's debt total 133% of gross domestic product (GDP), which is reduced from its forecast last November of debt to GDP reaching 133.8% in 2015.
The decline continues in 2016, when it will drop to 131.9%, said the Commission. That will help reduce pressure on the structural deficit this year, which will be 0.6%, lower than the previously forecast level of 0.8% for Italy, the EC said.
Moscovici also said that the Commission will publish the results of its review of Italy's budget on February 27.
Premier Matteo Renzi and Economy Minister Pier Carlo Padoan have been expecting new flexibility on debt and deficit levels to be applied.
That could make some Italian spending aimed at offsetting a lingering recession excluded from debt and deficit calculations.