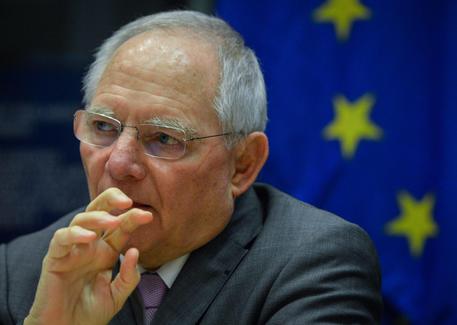 (ANSA) - Rome, February 4- German Finance Minister Wolfgang Schaeuble praised the Italian government Wednesday, saying it "has made the necessary reforms".
According to Bloomberg news, Schaeuble used a speech in Berlin to say that the eurozone "has started on the right track to become more competitive".
As he spoke, new manufacturing data showed Italy and the eurozone had posted stronger than expected figures for January. The Purchasing Managers Index rose to 51.2 points in Italy and 52.6 for the eurozone, suggesting an uptick in growth.
Italian Premier Matteo Renzi has been pushing through parliament a series of reforms, including changes to the country's labour laws aimed at making it easier for employers to hire and fire workers.
Justice system reforms have been promised as well as changes to simplify government and elections aimed in part at improving efficiency.
Renzi is also taking on the country's banking system by changing the ownership rules for the biggest 10 cooperative banks - a step many say will make mergers and takeovers easier.