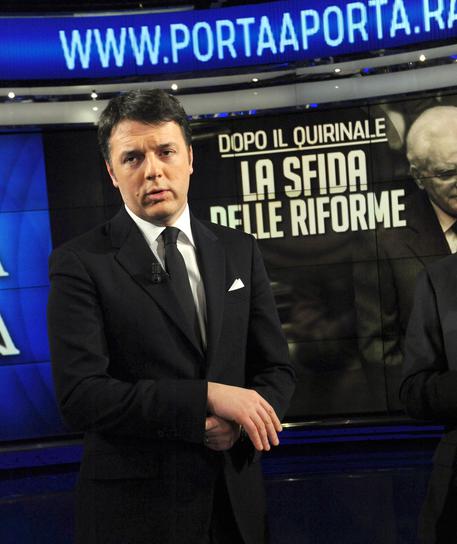 (ANSA) - Rome, February 3 - Premier Matteo Renzi said Tuesday that private forecasts of 2% economic growth for Italy are "unrealistic".
In a wide-ranging interview on television program Porta a Porta, Renzi said that GDP growth of about half of that, perhaps about 1.1%, would give the government an additional eight billion euros.
Meanwhile, Renzi said that the largest of Italy's 'popolari' or cooperative banks have "distorted the concept" of coops and must now be treated differently.
He defended new legislation requiring the 10 biggest popolari to convert to corporations with new rules.
Renzi also said that there had been "no plot" to oust ex-premier Silvio Berlusconi in 2011, adding that "it was time to turn the page" on that chapter of Italian politics.
The premier added his thanks to former president Giorgio Napolitano "for the role you played in national unity and the Constitution".
Napolitano, 89, stepped down last month and on Tuesday President Sergio Mattarella was sworn in despite Berlusconi's opposition.