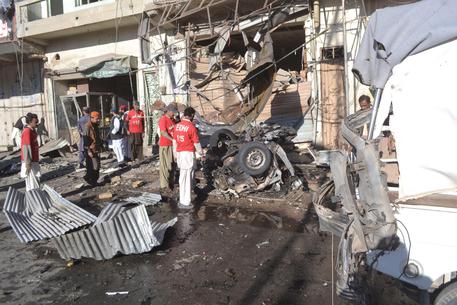 (ANSA) - Rome, January 30 - At least 20 people were killed amid fears the toll will mount after a bomb blast at a Shia mosque in Pakistan Friday.
Police said at least 50 people were wounded in the attack after Friday prayers in the Shikarpur district of Sindh province in the south of the country.
The death toll is expected to rise as many of the wounded are in a critical condition.
Local media reports suggest the blast could have been a suicide attack.
It is not yet clear who carried out the attack but Sunni militant groups have targeted the Shia minority in the past.