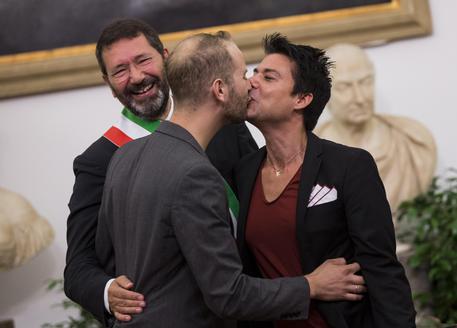 (ANSA) Rome, January 29 - A vote by the Rome city government to ratify same-sex 'marriages' performed outside Italy is just an "ideological bluff," the Roman Catholic diocese of Rome said Thursday.
"The Campidoglio, with the vote yesterday, has decided to discriminate knowingly against families," said Angelo Zema, editor of the website www.romasette.it run by the Rome diocese of the Church.
The vote is "a symbolic stage in an anti-family itinerary that opens up disturbing horizons damaging children," said Zema in an editorial.
Several local councils in Italy have sought to ratify same-sex unions contracted abroad on official wedding registers but Interior Minister Angelino Alfano has said repeatedly that such registration is invalid.