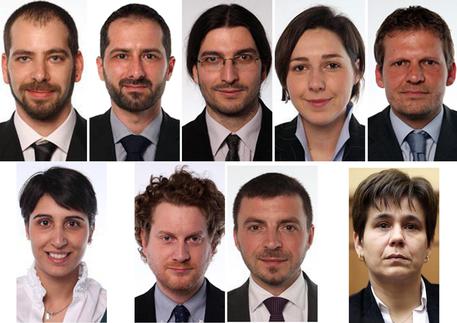 (see related) (ANSA) - Rome, January 27 - The Democratic Party (PD) of Premier Matteo Renzi on Tuesday invited 10 lawmakers who left the anti-establishment Five Star Movement (M5S) earlier in the day to participate in consultations ahead of this week's vote to elect a new president to replace Giorgio Napolitano. The movement led by ex-comedian Beppe Grillo has refused to enter talks with the PD over names. Earlier in the day PD Deputy Secretary Lorenzo Guerini said former M5S MPs would be taking part in consultations for the next head of state.
Tuesday's walkout was the latest in a long series of losses for the M5S due to defections or expulsions after the party won a quarter of the vote in the 2013 general election.
Disillusionment among lawmakers with Grillo's uncompromising stance on refusing to reach agreements with the traditional parties and with his allegedly authoritarian running of the movement are largely to blame.