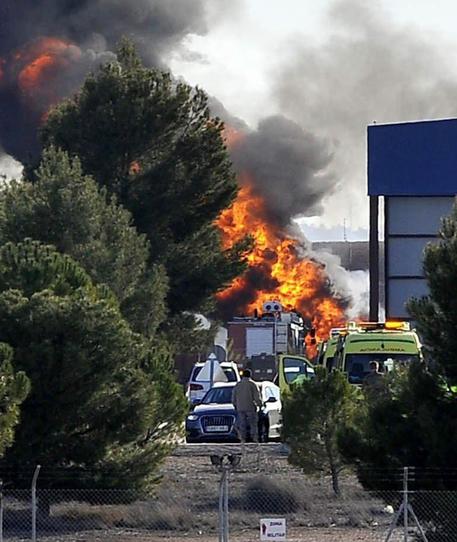 (ANSA) - Madrid, January 26 - At least nine Italians were among the injured when an F16 crashed into a Spanish airbase during a NATO pilot training exercise Monday, killing 10 including the two Greek pilots.
Two of the Italians were said to be serious injured in the accident at the Las Lanos base in Albacete where the Greek F16 crashed.
The aircraft went down during the take-off stage at the base used for NATO pilot training which involves individuals from a range of nationalities.