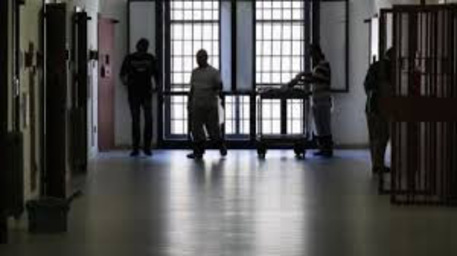 (ANSA) - Padova, January 23 - Six prison guards have been wounded in separate clashes on Thursday and Friday at a Padova minimum security prison, said Leo Angiulli, regional secretary for UIL prison guards union, on Friday.
Thursday's attack, in which four guards were wounded, is being called an organized attack in which "many detainees of Arab origin were praising Allah and ISIS", said Seppe prison guards' union General Secretary Donato Capece.
"It was organized, seeing as how sticks and homemade knives were found," Capece said.
Two agents were wounded in another confrontation on Friday in which Angiulli said an Eastern European detainee, who Angiulli claims was also responsible for initiating Thursday's attack, was brandishing razor blades and then after wounding himself barricaded himself in his own cell. Two of the six wounded agents are in hospital, one with broken ribs and the other with a fractured arm.
None of the approximately 60 detainees housed on the 4th floor where the clashes took place are being held for terrorism.