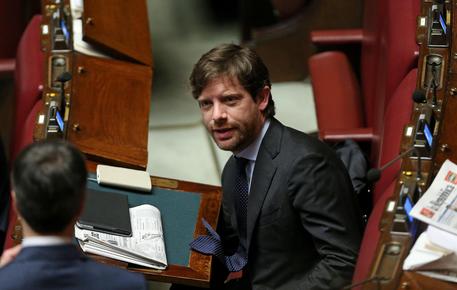 (see related) (ANSA) - Rome, January 23 - Pippo Civati, a rebel member of the centre-left Democratic Party (PD) who is hostile to Premier Matteo Renzi's leadership of the group, said Friday that a candidate should be proposed to counter a runner who many expect to emerge from an agreement between Renzi and Forza Italia leader Silvio Berlusconi. "I'm hoping for an NN, non Nazareno, candidate," Civati said referring to the so-called Nazareno pact Renzi and three-time premier Berlusconi struck last year. "That candidate may be able to get the necessary votes, without being the candidate of this or that group. All those against (the Renzi-Berlusconi pact) should propose a president who is not the product of the Nazareno (deal)". The Nazareno pact regards a new election law and an overhaul of Italy's slow, costly political apparatus. But many politicians hostile to it, including Civati and other members of the PD, believe a similar deal is in the pipeline over the next head of State.