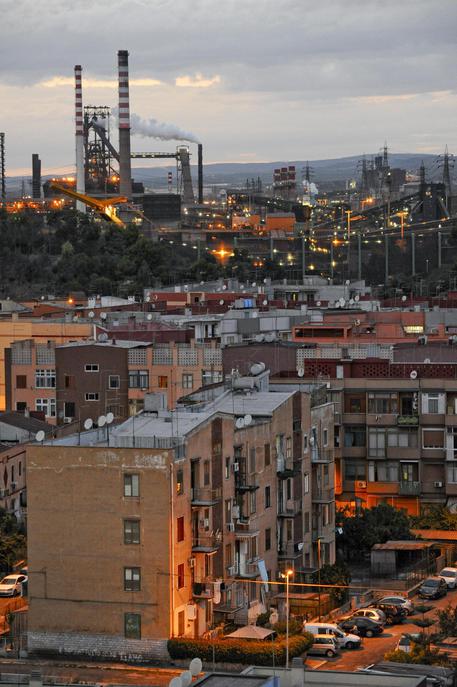 (ANSA) - Rome, January 19 - Businesses from the southern Italian city of Taranto said Monday they are fearful that bill payments will be blocked if the government continues its plans to take over the ill-fated ILVA steel plant there.
"There are 5,000 households and the industrial base of the city (which are) at risk," said Vincenzo Cesareo, head of the local Confindustria business employer association.
Some 250 business sent a delegation to meet with Federica Guidi, minister of economic development, to press their case for guarantees that bills incurred by the steel plant will be paid.
Cesareo said that about 200 million euros in bills are owing, including debts incurred in environmental improvements required at the ILVA plant which has been shrouded in controversy related to serious pollution it has caused in the area.
Years of pollution have been linked to unusually high rates of cancers there.
A new debate arose after a meeting on Christmas Eve of Premier Matteo Renzi's cabinet, where he announced plans to take over ILVA, one of Europe's largest steel plants. Renzi has said the plan is for the government, which has been managing the steel mill through a special commissioner, to own ILVA only temporarily to get its affairs in order before reselling to the right bidder.
That has raised fresh concerns for companies in Taranto, the southern port city where ILVA is based.
"We appreciate the efforts of the government and the current management but to date we have no guarantees…we cannot work for free," said Cesareo.
Meanwhile, a similar message was sent in a letter to Renzi from Taranto Mayor Ippazio Stefano, who said some 3,000 workers have not been adequately paid and they should be given the highest priority as ILVA creditors.