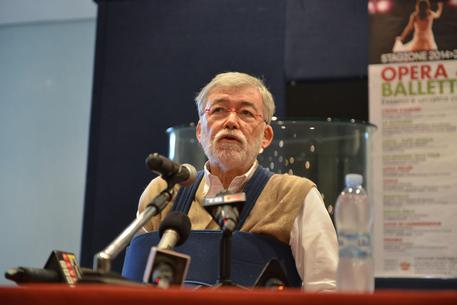 (ANSA) - Rome, January 19 - Sergio Cofferati blasted Premier Matteo Renzi on Monday after leaving the head of government's centre-left Democratic Party (PD) at the weekend in a dispute over the primary to select its candidate for the governorship of the northwestern region of Liguria. The case has inflamed existing tensions between Renzi and minority within the PD, who are unhappy about his style of running the party and several of the government's policies, including its labour reform and plan to overhaul Italy's slow-moving, costly political system.
There is talk that this tension could cause problems for Renzi when it comes to the task of electing a new president to replace Giorgio Napolitano, who resigned last week, at the end of the month.
There has even been speculation that the party could split.
Cofferati complained of voting irregularities after losing the primary to Raffaella Paita, who is considered a Renzi loyalist. On Friday a PD commission cancelled the ballots from some voting stations but confirmed that Paita had won the primary. At a party meeting later on Friday, Renzi congratulated Paita and said he considered the case closed. "Renzi has a relaxed idea of political morality," Cofferati, an MEP who is a former head of the leftwing CGIL trade union and the former mayor of Bologna, told La7 television. "I would have expected him to talk for a minute about what happened at (Friday's) party meeting. The fact that this did not happen, made me realise that the party could no longer be my home". Cofferati said the primary was "contaminated" by right-wing figures voting in it and said that "groups of poor foreigners were brought in to vote" too.