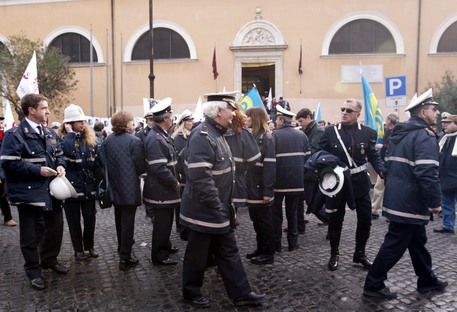 (ANSA) - Rome, January 16 - Local police across Italy said Friday they will strike on February 12 in support of Rome cops who are facing investigation for calling in sick in large numbers on New Year's Eve. Police union Ospol-Csa said officers in 8,000 municipalities will take part in next month's strike. City officials have said 83% of Rome's traffic cops called in sick on that night, prompting a furore, although unions have disputed the figure. The prosecutors opened the probe after a petition from consumers association Codacons.