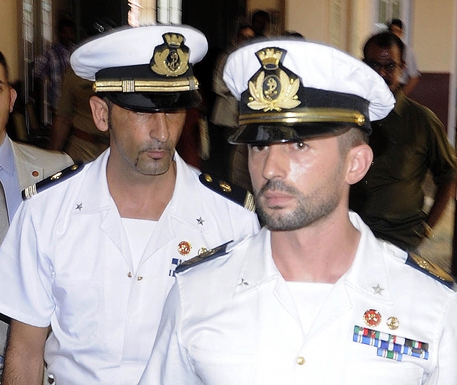 (ANSA) - New Delhi, January 16 - An Indian government spokesman said Friday that a resolution by the European Parliament calling for the return home of two Italian marines was "inopportune". Syed Akbarrudin said it "would have been advisable" for the parliament to keep out of the case of the two Italians connected to the deaths of two Indian fishermen in 2012. The European body on Thursday called for the pair to be allowed to return to Italy, saying that holding them in India without charges was a "grave violation of human rights".